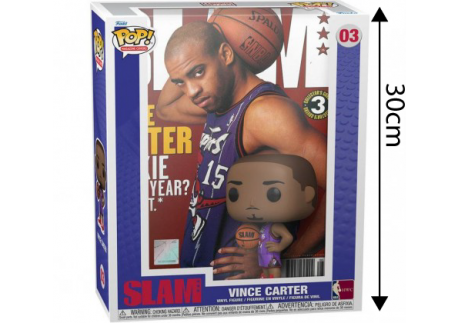 Notify me when available
WhatsApp

August of 1999, SLAM featured Vince Carter on the magazine's cover to highlight the rookie as a promising player. The iconic magazine cover features Carter standing at an angle, looking at the viewer but not showing the full design of his jersey. Commemorate an iconic sports magazine cover for your NBA collection with the Pop! Magazine Cover SLAM Vince Carter. The collectible features a Pop! Vince Carter figure which matches the included cover art, and comes prepackaged in a protective case that can be hung on your wall!

30 other products in the same category:

Quick view
Add to Compare
Out of stock

Quick view
Add to Compare
Out of stock